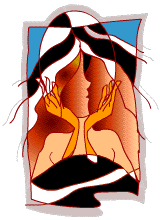 June 22: Emergency contraceptive, also known as EC, although a very common concept in the US, is quite new to India.

A report compiled by the World Health Organisation (WHO) shows that the level of awareness among doctors in India is amazingly low.

The Collaborative Centre for Research in Human Reproduction at WHO surveyed 50 general practioners and 52 gynaecologists and obstetricians and discovered that several misconceptions about emergency contraception are prevalent in India.

The survey revealed that while specialists are aware of emergency contraception, only 40 per cent of the general practitioners know them, stated an article in The Indian Express.

And even doctors familiar with various EC regimens do not have proper knowledge of dosage schedule, efficacy and side effects, the report said. As a result, about 80 per cent of general practitioners and 71 per cent of gynaecologists surveyed had never prescribed an EC pill.

Interestingly, about 70 per cent of general practitioners and 65 per cent of specialists believed that EC would encourage promiscuity and reduce the use of condoms. And 45 per cent of doctors felt the pill was not safe for persons suffering from heart disease.

Obviously, to prescribe the pill, doctors need to be educated about it, Dr Alok Handa, a gynaecologist, told ParentsPitara. “Turning our backs to EC without proper knowledge is not the solution,” Handa, who favours the sale of EC on prescription, said.

Although medical students study about it in college, their curriculum does not do justice to the subject, Professor Suneeta Mittal of the Department of Obstetrics and Gynaecology at the All India Institute of Medical Sciences (AIIMS) who was involved in compiling the report told The Indian Express.

The WHO has now recommended that lectures on EC be included in the medical, nursing and pharmacy college curriculum.