Dengue is caused by a virus which is usually transmitted by the Aedes Aegypti and Aedes Albopictus mosquitoes and could lead attacks in three forms. 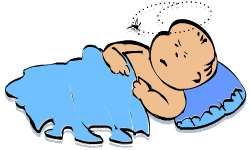 Dengue epidemics, which have affected more than 100 countries all over the world, happen in overcrowded urban setups because of ineffective measures of sewage disposal, inadequate sanitation and poor housing conditions.

Occuring mostly during the rainy season when the Aedes mosquitoes breed, dengue fever takes about three to ten days to subside.

An infected Aedes mosquito bite can lead to dengue. The mosquito becomes infected when it bites a dengue patient after which it remains infected for life. This means that the mosquito transmits the virus into everyone it bites till its death.

Transmitted by the Aedes Aegypti mosquito, it is a more severe form of the disease and it takes about four to six days to subside. The diagnosis can be confirmed using blood tests.

What you could do

Admit the patient to the hospital immediately. Bring down the body temperature by sponging. Keep giving the patient little sips of water and electrolyte solution to avoid dehydration. If the patient has lost blood and the blood test shows significant loss of plasma, the doctor will advice intravenous fluid replacement and sometimes blood transfusion.

If the patient breaks into a cold sweat, faints, has a feeble pulse, low blood pressure, he is in shock. Intimate the doctor immediately, for, the patient will need fast replacement of fluids, plasma and electrolytes. When he begins recovering, his appetite will return, urine output will become healthier and he will regain a strong pulse and blood pressure.

Since there are no dengue vaccines, what you could do is keep a dengue patient away from other members of the family and use a mosquito net.