Japanese Encephalitis, which is caused by a virus called the Flavivirus, is transmitted by mosquitoes. Previously an endemic disease in Japan, China and Korea, it has now spread to South East Asia, in Thailand, Indonesia, Vietnam, India, Burma and Srilanka. 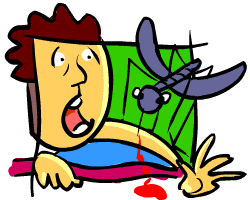 About 85 per cent of the people affected are children less than 15 years of age and about 10 per cent are over 60 years of age. After being bitten by an infected mosquito, the patient will take between 5-15 days to recover.

The Japanese Encephalitis virus can infect several animals and birds, such as pigs, cattle and ardeid birds.

Methods of Control
Fumigate your house and nearby areas to stem breeding of mosquitoes. If you live in a mosquito-prone area and cannot do anything about it, get yourself vaccinated. Children under three years can be administered doses at an interval of seven and fourteen days. A booster dose can follow after a few months to develop complete protection. But, children need revaccination after three years.