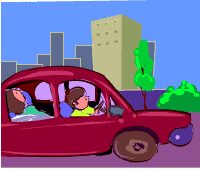 I would be alone and the nearest medical help was in Almora. Fifty kilometers of kuchha – dirt tracks. Eight thousand feet up.

“Doctor Sahab utho! Delivery case hai”. It was midnight, a month after my reaching Sitla and my worst nightmare had just come true.

Wishing feverently that the patient, Deepa, had more experience than I did at this, I walked up to the dispensary. She did not. This was her first child and could be my second. It was not that I had bunked my gynaecology posting in Safdarjung Hospital in New Delhi. I went through two months of gynaecology as an intern and learnt nothing. I was too embarrassed. I did the paper work while others did the actual delivering.

A brief examination and I could feel the sweat trickle down my spine. Deepa was in labour, her child lay transversely in the uterus and she needed an urgent caesarian section. There was no way I could do it. We would lose the child and there was a very real danger of Deepa’s uterus literally bursting in an attempt to expel the child. We would loose Deepa too. She had to be taken Almora and fast.

We had a jeep. After loading Deepa and her assorted relatives and well wishers into the jeep, we took off – I and Anandi, our trainee nurse of 15 years. Driving recklessly on a kuchha road had two disadvantages. One – every bone in the body is jarred beyond belief and two the vehicle may not be able to take the trauma either. Both happened. Within the first 5 km, we had lost the jeep’s headlights and Deepa’s bag of waters had burst. We still had 45 km to go.

Anandi quickly switched on the torch. It was an Eveready Commander, guaranteed to give as much illumination as an Ambassador car’s headlight. It did not. With Anandi hanging out of the window to light up the track and various curses and prayers from the back seat, we sped on.

I have never driven as fast as I did that night. On kuchha or pucca roads. We got to Almora in 40 minutes flat.

While Deepa’s relatives carried her up the steep stairs leading to the Almora Civil Hospital, Anandi and I moved ahead and woke up the gynaecologist on duty. She was understandably rude — it was late and she was a government servant.

But, she was efficient. Deepa was wheeled into the operation theatre in no time. We waited. Deepa’s son, Gopal, was born by caesarian section at 1.30 a.m. Both mother and child were fine.

A few days later, when the excitement was over, it was time for a sober reflection. My future as a doctor did not look too great. But, as a driver? Well, things looked just fine.