My son, Adweit, peeks from the photograph lying on the desk, oblivious to the world around him.

Actually no. He’s not. He’s pretty aware of what is happening. He is an amazing kid, and I often wonder how I would have coped with my ‘burden’ without him by my side. Holding my hand and showing me that no matter what – life can always be enjoyed. 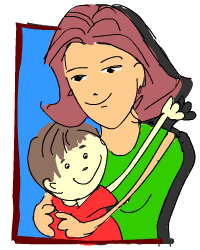 It has been a year now since I stepped out of the marriage. And believe me, that was one part of my life I had rather never happenend. The one year after the breakup. Not the marriage.

Marriages are not that bad. It is just that two particular people in a particular situation could not pull a particular marriage. And pulling along is what we, my husband and I, did all these years. Atleast we tried.

But I admit, the parting was worse than the pulling. And the last year has been one long struggle through anger, guilt, love, pain – almost every emotion has been a strain. Even through all this, I smiled.

My only respite, my son, has been going through his own struggle of emotions. And is not only doing a great job of it, but is teaching a me a whole lot too.

The fears of ‘single-parenting’ had been lurking around the corner, at the end of the corridor, along the passage – everywhere. But I never really came face to face with them. I never wondered about them, I was scared. Because they were just there – lurking.

Until, I realised there weren’t any. Not because they just disappeared but because, to my astonishment, had been made to disappear. By my son! It was not only astonshing, it was shocking. How could a six-year-old possibly know what separation is, let alone guide you through it?
But he did.

Perhaps, he doesn’t gauge the depth of it and cannot fathom the seriousness of the matter, hence the ease, I thought.

I was wrong. Is it easy satisfying a set of parents who refuse to talk to each other? And keeping them, both, happy> But he manages it so skillfully. He tells me what a wonderful mom I am and in the same breath manages to cater to his oh-so-great dad’s ego as well.

Is it easy telling friends he is staying in a new house with no dad? Or that his mom has gone away to live alone in another house?

Is it easy consoling grandparents that he will come and visit them and misses them always?

Is it easy incessantly assuring his dad and me, time and again, that he loves us and misses one of us, when he is with the other?

Not only is it not easy, it is outright taxing. And he does it all the time. Without fail.
Without missing anyone’s emotions.

And me?
I have joined him.

In taking life for what it is, turning it around and making each moment beautiful.

In making life count.
In picking life up from where I had dropped it.
In holding life for all that it gives.
In simply living it.