Rima was expecting and was advised bed rest as she had had a miscarriage earlier. One night she woke up with stomach cramps in the seventh week of pregnancy and began bleeding. It was happening again despite all that rest.

An abortion is caused by

Malformation:
Many spontaneous early abortions are caused by defective development of the fertilised ovum. This is due to chromosomal abnormalities, for which either parent may be responsible. Probably this is nature’s way of reducing the number of abnormal babies born on earth. Luckily, most abortions of this type are not recurrent, so that prognosis in later pregnancies is good.

Uterine abnormalities:
A congenital problem like a septet uterus or a double uterus, or the presence of uterine tumours like fibromyoma cause abortions. A loose cervix caused by an injury during a previous delivery or abortion could lead to a late abortion if the membrane of the sac bulges through the cervix and gets ruptured. 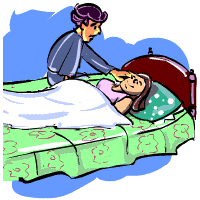 General diseases of the mother:
Any acute illness with high fever, maternal infections like Rubella and Syphillis may lead to miscarriages. Sometimes, these infections may cause intrauterine foetal death during a later stage of pregnancy. A diabetic or a woman with hypertension will also have to be treated to ensure a safe pregnancy and childbirth. Sudden emotional disturbances could also lead to abortion, presumably because of strong uterine contractions.

Hormonal imbalance:
Pregnancy is maintained in the early stages by a hormone called progesterone before the placenta is fully developed to take over. Inadequate production of progesterone may also lead to an abortion. A deficiency or surplus of the thyroid hormone may also terminate the fetus.

Trauma:
Severe uterine trauma may cause partial detachment of the embryo leading to an abortion. If the woman has a previous history of miscarriages, it is unwise to have intercourse regularly.

Threatened abortion:
There is very little bleeding and practically no abdominal pain. The cervix (mouth of the uterus) remains closed. A gentle vaginal examination and an abdominal ultrasound will confirm the diagnosis, size of pregnancy, as well as presence of baby’s heartbeat and well being. The progesterone level in blood may be measured, though administration of progesterone is of doubtful value. The main line of treatment is bed rest for the mother.

Inevitable abortion:
In this case, the mother bleeds and suffers painful uterine contractions that dilate the cervix, thus making abortion inevitable. An ultrasound examination will confirm the viability of the pregnancy. If the bleeding becomes severe, the uterus should be evacuated under anaesthesia with a suction curette.

Complete abortion:
When all the uterine contents have been expelled spontaneously and there is no pain or scanty bleeding later. If ultrasound studies confirm complete expulsion, no further treatment is required.

Incomplete abortion:
In this case, bleeding may continue for a long time and may be severe. Clinical examination and ultrasound studies will show the retained product of conception inside the uterus. The patient should be put on an antibiotic and the uterus cleaned under anaesthesia as this condition could lead to an infection.

Septic abortion:
The term septic means presence of an infection following an abortion. The patient has high fever, lower abdominal pain and bleeding. The infection may block the fallopian tubes which could lead to infertility.

Missed abortion:
When the embryo dies but is retained in the uterus for weeks. The mother initially has mild symptoms like spotting or lower abdominal cramps, but does not show any other signs of pregnancy later. Clinical examination and an ultrasound will confirm the diagnosis.