News of an autistic disorder in your child could be like a bolt from the blue. Why weren’t we told about it earlier, you wonder. Though that would not have reduced the intensity of the problem, it would have given you time to prepare yourself to face the situation head on. Besides, like any other ailment, early detection helps in the treatment too. 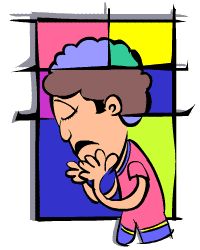 Look for Signs of Autism [Illustration by Anup Singh]

Ideally, the paediatrician should look for signs of autism and help families to cope with it, the American Academy of Paediatrics has said in a policy statement published in its journal, Pediatrics.

Autism, which affects learning and social skills in four out of 10,000 children, may have genetic causes, the statement said.

It asked paediatricians to pay attention to complaints of developmental problems, especially if a sibling is autistic. The risk of recurrence of the condition in a family ranged from 3 per cent to 7 per cent, it said.

Though like other ailments, the condition has no laboratory tests to confirm it, autism can be easily recognised by symptoms like repetitive behaviour and limited communication skills. Some affected children can be checked for lead poisoning or an abnormal appetite for things like dried paint, clay, or starch.