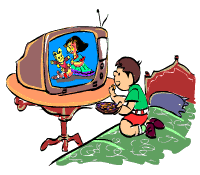 A recent television commercial on the small screen in India cocks a snook at general advertising practice of arrogating the most outrageous claims to products. This soft drink ad adopts the ploy of showing an ad being filmed in which a female model is shown lathering her hair with a soft drink, saying how the aerated drink is even good for her hair.

Immediately after this scene, the ad within the ad cuts to “real” life by showing the model looking in distress at her hair, spoilt by the aerated shower during the ad shooting.

And, in one corner is the “commonsensical” man who says in an ironic tone that some people would do anything for money, even say the most outrageously false things about products – and that his product was good only for quenching thirst, not for anything else!

In a world that looks like a consumerist’s paradise, this particular commercial seems to play intelligently upon the ad fatigue of consumers who are being asked to willingly suspend their disbelief much too frequently while watching an increasing number of ads, day after day.

Kids under 8 take ads for the truth

Yet, by and large, most adults are able to distinguish between a desperate “plug” and seemingly moderate claims of a product being advertised.

The trouble is, young children below eight, who are increasingly being targeted by advertisers for their pester power, are not able to make that distinction, owing to the particular developmental stage of their faculties at that age. They accept those claims as true, as a thought-provoking report in the US journal ‘Paediatrics’ pointed out in its February 1995 issue (Volume 95; Number 2).

The salient points raised by the report are worth repeating even in an Indian context, for they talk about the manner in which advertisers systematically target the vulnerabilities of young children.

Inability to make out ad from programme

Leave alone the ability to question ads, children under eight are not able to make out a TV ad from an editorial programme, says the report. And, to make things worse, advertisers use all the tricks in the trade to get around rules, especially when they have to issue warnings.

The report mentions disclaimers like “some assembly required” or “when eaten as part of a complete nutritional breakfast” that are spoken so rapidly by the announcer or shown in such small print that they are not understood at all by young children.

The ‘Paediatrics’ report mentions a third area of concern, namely that commercials that are slotted during children’s programmes promote the kind of junk and processed food that may have an adverse impact on the health of the youngster.

In fact, the findings of a recent study conducted by Tufts University, Boston regarding the eating habits of 91 US families in Washington has pointed out that children from families that watch TV regularly at mealtimes eat more of junk and processed food and less of fruits and vegetables. The study also mentions the impact of ads regarding junk food that appear frequently on TV as an important factor.

The 1995 report mentioned that TV viewing has been linked with obesity, the most widespread nutritional disease among children in the United States. Food ads appearing during children’s programmes often promote high-calorie foods which, when eaten too often, may contribute to the energy imbalance that promotes obesity, says the report.

It is for all these reasons that the American Academy of Paediatrics believes that advertising directed toward children is “inherently deceptive and exploits children under age eight years of age”.