Autism is a brain disorder that makes it difficult for a person to respond to the world. It begins in early childhood and persists throughout adulthood. At first, autism was thought to be an attachment disorder resulting from poor parenting.

This was proved a myth when it was found that autism sometimes affected several members of the same families. Today, scientists have identified some genes as playing a possible role in the development of autism. Therefore, many scientists believe that in some individuals at least, autism may be genetic.

Leo Kanner first identified autism in 1943 when he described 11 self-absorbed children who had “autistic disturbances of affect contact.” 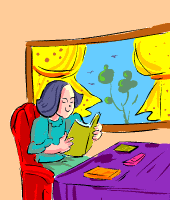 The most common of a group of conditions called pervasive developmental disorders (PDDs), it involves delays in many areas of childhood development. The first signs of autism are usually noticed by the age of three. Many individuals who are autistic also develop epilepsy, a brain disorder that causes convulsive seizures as they approach adulthood.

Other characteristics may include repetitive and ritualistic behaviour, hand-flapping, spinning or running in circles, excessive fears, self injury such as head-banging or biting, aggression, insensitivity to pain, temper tantrums, sleeping and eating disturbances. Autistic children live a normal life span but most require lifelong care and supervision.

Who is affected by autism?

Autism is one of the most common developmental disabilities. It can happen to anyone. However, it is three to four times more likely to affect boys than girls. Approximately 75 per cent of autistic children are of low intelligence while 10 per cent may demonstrate a high order of intelligence in specific areas such as math.

What causes speech and language problems in autism?

The most intensive period of speech and language development is during the first three years of life, a period when the brain is developing and maturing.

These skills appear to develop best in a world that is rich with sounds, sights, and consistent exposure to the speech and language of others. At the root of this development is the desire to communicate or interact with the world. This desire is lacking in the autistic child.

Although the cause of speech and language problems in autism is unknown, many experts believe that the difficulties are caused by a variety of conditions that occur either before, during or after birth, affecting brain development. This interferes with the child’s ability to interpret and interact with the world.

The communication problems of autism vary. Some children may be unable to speak, whereas others may have rich vocabularies and are able to talk about topics of interest in great depth.

Despite this variation, most autistic children have little or no problem with pronunciation. Most have difficulty using language effectively. Many also have problems with meanings of words and sentences, intonation, and rhythm.

Those who can speak often say things that have no content or information. For example, an autistic child may repeatedly count from one to five. Others use echolalia, a repetition of something previously heard. Still others may use stock phrases such as, “My name is Tom,” to start a conversation, even when speaking with friends or family.

Some may repeat learned scripts such as those heard during television commercials. Some individuals with higher intelligence may be able to speak in-depth about topics they are interested in such as dinosaurs or railroads but are unable to engage in an interactive conversation on those topics.

Most autistic individuals do not make eye contact and have poor attention spans. They are often unable to use gestures either as a primary means of communication, as in sign language, or to assist verbal communication, such as pointing to an object they want.

Some autistic individuals speak in a high-pitched voice or use robot-like speech. They are often unresponsive to the speech of others and may not respond to their own names.

Approximately 10 per cent of autistic children show “savant” skills or superior abilities in specific areas such as calendar calculation, musical ability, or math.

How are the speech and language problems of autism treated?

There is no one treatment which will successfully improve communication in all individuals who have autism. The best treatment begins early, during the preschool years. It is tailored to the individual’s needs, targets both behaviour and communication and involves parents or primary caregivers.

The goal of therapy should be to improve useful communication and it should include periodic indepth evaluations provided by an individual with special training in the evaluation and treatment of speech and language disorders, such as a speech-language pathologist.

Occupational and physical therapists may also work with the individual to reduce unwanted behaviours that may interfere with the development of communication skills.

Some children respond well to highly structured behaviour modification programmes; others respond better to in-home therapy that uses real situations as the basis for training.

Other approaches such as music therapy and sensory integration therapy, which strive to improve the child’s ability to respond to information, appear to have helped some autistic children. But their effectiveness is not really known.

Medication may improve the child’s attention span or reduce unwanted behaviour such as hand-flapping, but long-term use of these kinds of medications is often difficult or undesirable because of their side effects. No medication has been found to specifically help communication in autistic individuals.

Courtesy: National Institute on Deafness and Other Communication Disorders, USA